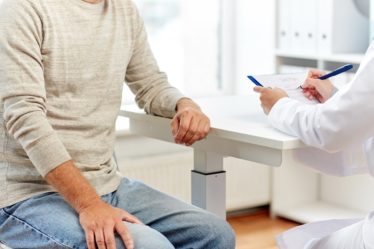 Semen sample for the use of any of the Assisted Reproductive Techniques can be provided by the man via normal ejaculation but whenever this is not possible, due to obstructive or nonobstructive azoospermia, sperm can be extracted via the TESE(Testicular/Epididymal Sperm Extraction) technique directly from the anatomical site of its production.

In men with nonobstructive azoospermia, the testis is the only reliable source of sperm for ICSI.

The newest of the three sperm aspiration techniques, Testicular Sperm Retrieval, was first reported in 1993, 1 year after ICSI. It is a breakthrough in the sense that it demonstrates that sperm do not have to “mature” and pass through the epididymis to be able to fertilize an egg. Because of their immaturity, however, testicular sperm require IVF-ICSI for success.

Testicular sperm extraction is indicated for “obstructed” patients in whom sperm production is normal and there is a blockage in the epididymis (either from prior surgery, infection or due to congenital absence), or a blockage within the ducts that conduct sperm out of the testicle (Efferent Ductules).

Patients with congenital or acquired obstruction of the Excurrent Ductal System at the level of the Epididymis or Vas Deferens are candidates for this technique. Men with ejaculatory failure due to diabetes, spinal cord injury, other neurologic diseases, or performance anxiety are also candidates for this approach to sperm retrieval. By definition, obstructive azoospermia implies normal sperm production, as suggested by hormonal or testis biopsy findings. In men with obstruction, sperm from the testis can be retrieved by needle aspiration (TESA) or percutaneous or open surgical biopsy (TESE).

Testis sperm aspiration is performed either coincident with the day of the wife’s ovulation or in advance of ovulation and frozen and thawed for use. Similar to other sperm retrieval techniques, it is a same-day procedure under local anaesthesia, with or without intravenous sedation.

Percutaneous or open surgical biopsies (TESE) can be performed to obtain testis sperm in obstructive azoospermia.

TESE involves stabilization of the testis in the surgeon’s hand with the epididymis held posteriorly followed by insertion of a hollow needle (16–23 gauge) into the testis through the stretched skin of the scrotum. Research has shown that sperm in obstructed testes will be found throughout the testicular parenchyma and therefore the location of sperm aspiration matters little. Once within the testis, negative pressure is applied to the needle through a Biopty gun (Monopty no.14; Bard Inc, Covington, USA) with a 14-gauge needle is used. The needle is placed into the testis at the lower pole directed to the upper pole and the gun is fired, producing a tissue core that is then placed in sperm wash medium for processing.

There is a 1–5% chance of intratesticular hematoma when percutaneously biopsied testes are examined with ultrasound after the procedure.

Although testis sperm retrieval in obstructed men with normal sperm production is not difficult, there is a failure to obtain sperm for ICSI in 25–50% of men with nonobstructive azoospermia.

In addition, clinical features, including testicular size, history of ejaculated sperm, serum FSH or inhibin levels, or biopsy histology, do not accurately predict whether or not sperm will be recovered during testicular exploration. Because of this, several strategies have been developed to more accurately determine which men with nonobstructive azoospermia are candidates for ICSI and surgical techniques re ned to minimize trauma to the testis during sperm harvest procedures: